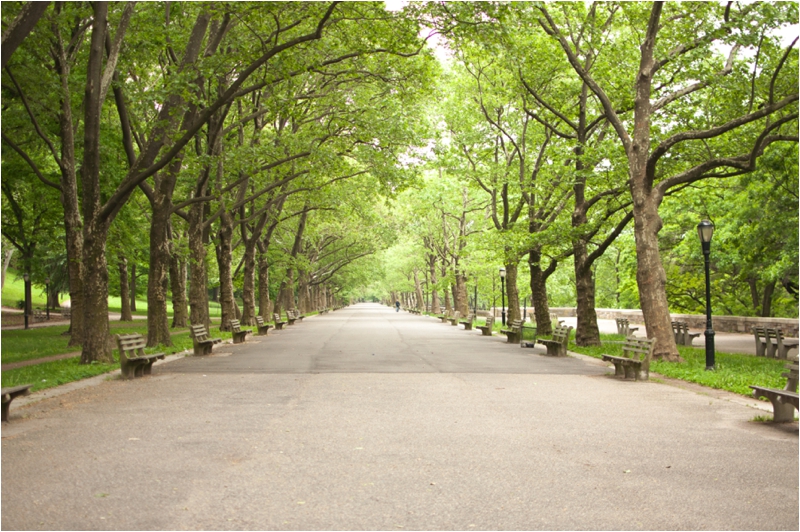 As I mentioned in this post a few weeks ago, I traveled to NYC with friends as my summer “vacation”. (You know you’re an adult when you start vacationing with friends instead of family.) I love traveling with people who aren’t interested in the tourist-heavy sites (thank you, Erin and Meredith, for putting up with my phobia), and instead are more interested in exploring the local area.
Our first day there, we visited a lot of camera shops, book stores (HA), and paper stores. We also saw Times Square (which was fantastic – not gonna lie). The second day, we split into two groups and met up with our respective friends in the city. My friend Janie took us to this amazing macaroni and cheese restaurant in East Village (S’MAC), and then we explored The Strand (a personal highlight from the trip).
Food and books. That’s how I roll, folks. Enjoy the photographs below from our adventures! 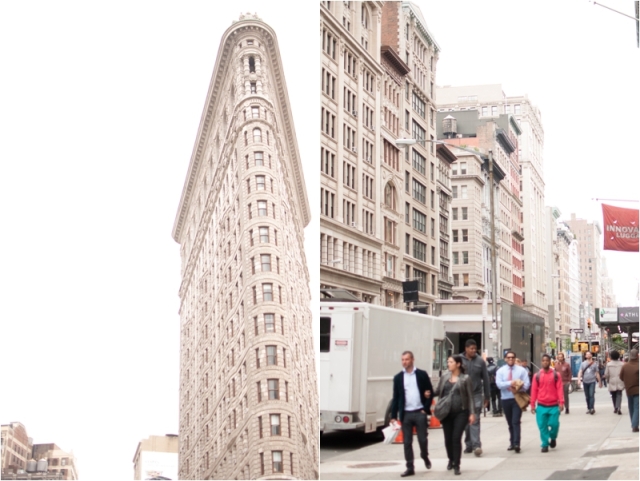 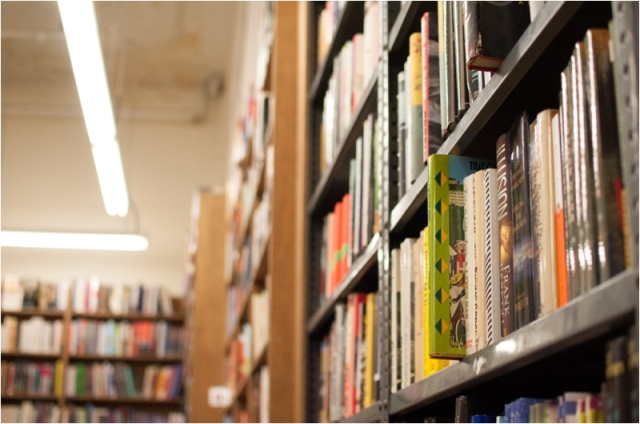 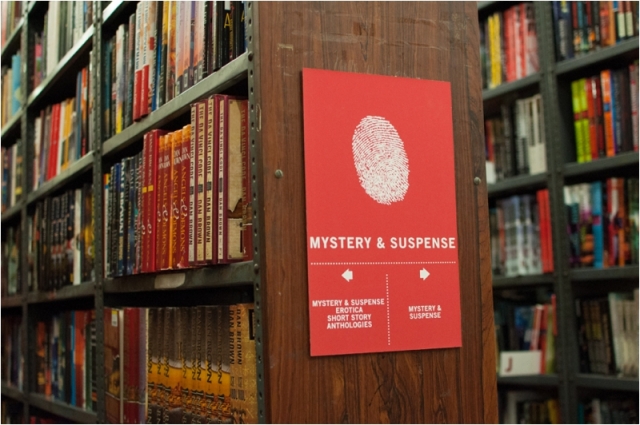 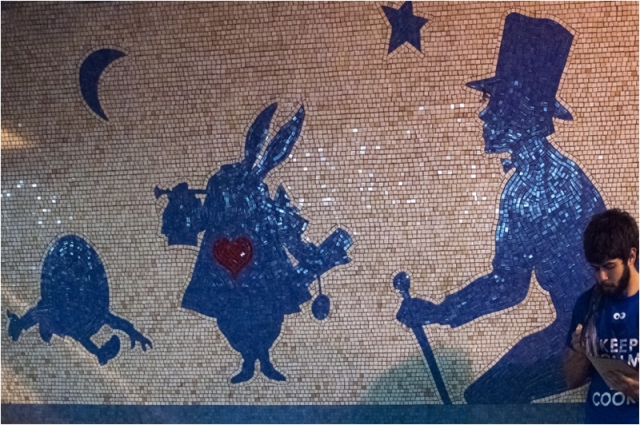 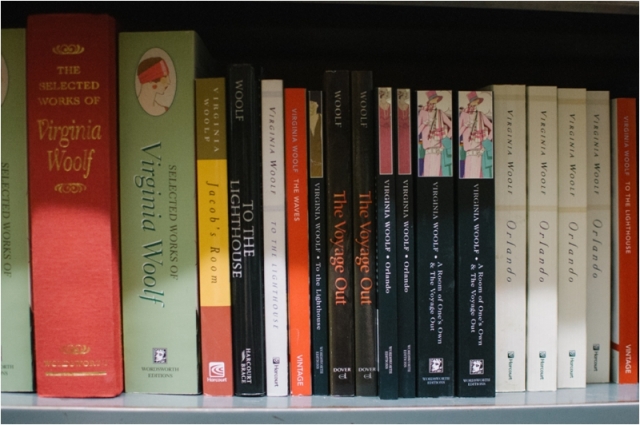 Sun glints off the roofs of brick-white houses, the entire landscape a yellow haze of sunset. The train rumbles along wooden tracks and hard steel rails, high above cookie-cutter neighborhoods. The people there, they probably don’t look up to see the puffs of white clouds floating above them. Someone once told me that white and black were the absence of color – cotton candy without the pink, bubble baths without glistening, quivering rainbows. These clouds are so white, so big, so ethereal that they’re like holes in the great blue mass of sky. When we were kids, we used to color on white sheets of paper – blue for the sky, green for the grass, yellow for the sun, but we simply drew the scrolly outlines of clouds and left them blank. The absence of color.

Maya Angelou died this week – the same day I saw New York for the first time – careening in by train and standing there in Penn Station letting the masses of people wash over me. Washington DC is diverse, yes, but New York is different. Caucasian, African, Chinese, British, Czech – callous, refined, hipster, gangster, man in the black suit on an iPhone, girl in running shorts staring at the reflective metal above her head. In DC, we can peg a person’s class by how they dress, what time they ride the Metro, posture, social face, or lack thereof. I’d heard that in New York there are no social faces on the subway, and there are no classes either, really They live their lives in public – on the subway, in the park, walking beside you on the street. The girl in business casual slumped over her phone in a subway seat, the young guys with braided beards and skinny jeans laughing by the doors, and the construction worker with her yellow hard hat slung over her shoulder like a purse.

I’m rather ashamed to say that I’ve never read any of Maya Angelou’s work. Yes, yes, standard high school curriculum and all that jazz aside, I still have her name on my never-ending to-read list. Everyone I know has written eloquent tributes to her on Facebook, or used 140 characters of profound thought on Twitter to describe the writer who changed their world. She has not yet changed my world, and given my ignorance about her work and the broken wireless on this train that prevents me from Googling her famous quotes, I’d probably write a damned awful tribute to her. But that doesn’t stop me from admiring her ripples.

There are, of course, many famous people in the world. Some of whom, the world might even slow down to take notice of when they die. But when Maya Angelou died, the world came to a screeching standstill. My Facebook and Twitter feeds exploded. The girl in washed jeans on the subway was reading Angelou. Her black and white photo sits in the window of The Strand, staring out at passersby on the street. Everyone knows that Maya Angelou has departed this life, and in some strange way, her absence is like the puffy, colorless clouds that cut holes in the still blue sky. I admire the fact that one person will be missed by hundreds of thousands of people – there’s something beautiful and unifying in that simultaneous outcry of sorrow and respect. I’m afraid of being too verbose, but I cannot voice my admiration otherwise.

We often divide our lives into black and white, right and left, right and wrong. Pushing things into neat little categories or else we’ll be too quirky, too off-putting, too surprising, a little too raw. But the portrait of Maya Angelou in the Strand window is in shades of black and white that meld into gray, and as the world honors one of the century’s great writers, the girl is no longer afraid to read Angelou on the subway and the boy feels that he can finally express public admiration for the writer who changed his world. There are always people who can unite a divided generation regardless of how they dress, what time they ride the Metro, posture, social face, hipster, gangster and the like – Maya Angelou was one of them. This morning, Rachel from rachelthings is guest posting! She’s Scottish, gorgeous and loves being outdoors, so basically, she’s awesome. She’s here today to tell you a little bit about her recent weekend in the West Highlands.

I spent the weekend in Portuairk, Ardnamurchan – the most Westerly settlement in the British mainland. It is such a beautiful part of the West Highlands of Scotland and I feel a real sense of freedom when I am there.

There’s not much in the way of shops or bars, but there is plenty to see. Today, I will tell you about one of our days in Ardnamurchan.

I got up early in the morning to get to the beach before High Tide. I wanted to collect some mussels to cook for my breakfast, but I didn’t have much luck. This bay has periwinkles everywhere, but not many mussels. I have since been told that mussels are more abundant in the next bay over, so hopefully next time I can have my seafood breakfast.

After having a regular breakfast, my boyfriend finally emerged from his slumber, and we decided to go hillwalking. The unspoilt land and the beautiful shades of green made me feel like I was in Game of Thrones!

The hills and coast were beautiful – especially since the hills were dotted with pretty flowers!

There weren’t a lot of crofters and farmers in the area. (Editor’s note: crofting is a type of Scottish farming – learn more here.)  There were no shortages of animals roaming around, not to mention the lovely birds which often nest in the mountain forests.

After a long day of walking, we were exhausted! We headed back for a bowl of soup and enjoyed the sunset before bed. As I mentioned a few weeks ago, I’ve been wanting to post some more photos from Spain last year, but never ended up getting around to it because of Oxford. So, I went through my archives and dug these out for you. My one regret is not carrying my camera around with me more. I hiked many kilometers on the Camino while I was there, and I wish I’d captured just some of the landscapes and towns we’d gone through.

Below are photographs from Burgos, Salamanca, Madrid, Santiago, and a few from the Camino. In the future, I plan on sharing a bit more about specific cities we stayed at – especially Santiago, and some thoughts from the Camino. In the meantime, I’m proud to say that my travel narrative from that trip/class was published in Marymount’s Magnificat (nonfiction journal). The online website will be updated soon, so feel free to pop over and read it if you’d care to (here).

I’m Amanda. I started this blog as a 13-year-old farmgirl… and now I’m a twenty-something seminarian. I like to blog about theology, literature, Sherlock Holmes, my cat, and sometimes I reflect on this crazy journey I’ve been given. Currently based in Virginia/DC.