Hi everyone! I’m Liz B, and today Amanda invited me to do a guest post while she was away. I was very happy for the chance to post on her blog to her dear readers. So, what better way to do a guest post than write of a topic that will get you all thinking, but will also give a little insight into my head?

Like Amanda, I’m homeschooled through the same online program. (That’s actually how we’ve become friends.) Being at home probably gives me more free time than my peers. (Not that it seems that way to me, when I’m struggling with work 9 hours a day…but still.) Being at home and learning at my own pace without having to go anywhere also gives me a chance to explore myself. At 16, this is totally a time of exploration for me, and I’m constantly thinking about what I want to do, how I want to live, etc.

One of the interests I’m trying to cultivate during this multitude meager time I supposedly have because I’m studying at home, is…history. To be more specific, modern history…from about 1700 to the present. I specifically like Western history. That’s right — I’m traditional. I like studying of my heritage in Europe and America. That’s not to say I don’t like studying Eastern cultures too. Back to the point.

Yesterday, I was watching National Treasure on TV. You know, the one where Ben Gates searches for treasure, supposedly hidden by contemporaries of the Founding Fathers? I know a lot of the “history” portrayed in this film is fake — AKA, there never was a treasure. But for someone who is trying to convince herself that she really loves history, in the midst of boring textbook learning (that’s right — watch out for that AP Euro class Amanda!), the intrigue and mystery surrounding the plot and “facts” of this film are enough to pique my interest.

Wouldn’t it have been something if there were a secret trove of clues, leading to an even bigger trove of treasure!

Well…there are things just as interesting. Maybe you wouldn’t think it when you’re in a history class, reading from a generic textbook that does nothing except repeat facts back to you while you struggle to make sense of the people and dates (I’m looking at you AP Euro book…). But that is exactly what I’m trying to explore. Right on my blog, I write that “I’m a romantic girl of the past — sometimes I think I was born in the wrong century.” I’m constantly thinking, “what if I grew up during the Victorian Era in London?” Or, “what if I was born on the prairie in 1870, after the Civil War?” Or, “what if I lived during the Civil War, and my family was torn apart by its violence?”

I adore historical fiction, and let the magical and inciting plots fill my head. Lately, I’ve been reading anything and everything that falls under the “historical fiction” category. And that includes period history books too — such as Little Women, Little House on the Prairie, and Anne of Green Gables. I’ve also been attempting lately to write several novels/short stories of historical fiction. But I think I should stick with dreaming about my story ideas instead of writing them down.

With pen in hand, anyone can document history. And it is to those writers that we can credit this passion, this love of all things historical. As Benjamin Gates sought clues about historical treasure — which turned out to be real — I seek clues into the lives of individuals who lived “in ages past” even if those lives be fictional.

So, do you love reading about a woman who was sent overseas to marry a farmer she didn’t know or love? Or two sisters who are separated as violently as North and South during the Civil War? And, is it just me, or was romance so much more…deep in historical settings? Come on: gentleman who cared for a lady’s virtue, dresses, balls, romantic proposals and strolls in the garden. *sigh*

OK…so, what’s my point here? My point is to get you thinking. What happened then? Why? Where? How? It’s true — in order to effectively live in the present, one need look to the past.

Maybe it’s just a current obsession, but I’m finding clues in all things: novels, poetry, essays, diaries. It is these secret lives which are told through pen and paper that invite each person to look to his past. And I still wish I was a young maiden living during the signing of the Constitution, or fighting alongside the other wives and mothers during the Civil War when the men were away.


To check out more, visit Life of Liz B.

4 thoughts on “The History of the Past….” 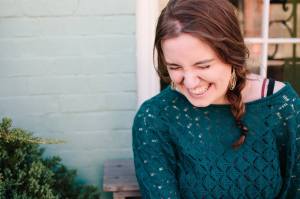 London mini-trip! KCL chapel, Waterloo bridge, Wesley Chapel, The Lion the Witch and the Wardrobe on West End, and a motto to live by. 🌆❤️
New years holiday adventuring
I came down with a post-Christmas cold and this afternoon was the first one in a bit that I’d felt like leaving the house. Grateful for public footpaths and glistening woodlands and several weeks of holiday. 🍃
☔️🌧️
Love this moment captured by @owlourhearts before Sunday’s high mass. Yay for working with the best colleagues and friends!
Your favorite sleuthing duo reporting for duty. 👻🎃🕵️