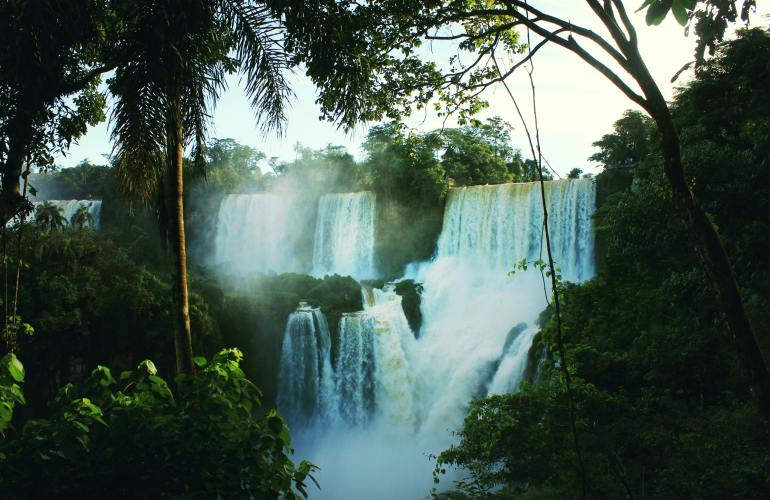 There’s some Sundays where you just look at the readings and ask yourself, “what the heck is this doing here?”, and unsurprisingly, this is one of those Sundays.

Right off the bat, we start off with a passage from the Song of Solomon. It may sound familiar—part of it is sometimes read at weddings: “Arise, my love, my fair one, and come away”. And on the face of it, the Song of Solomon is exactly what it sounds like. It’s a collection of love poetry, largely a young woman and young man speaking to each other, interspersed with natural imagery. These lovers are in a world that is lush and green, where life is good and love is law.

But we haven’t really answered our first question: what is it doing in the Bible, let alone in our lectionary on a Sunday morning?

In order to talk about why, we need to do a super quick run-through of how the Song of Songs has been interpreted as a part of scripture… in biblical studies, we’d call this “reception history”, or how scripture has been received across the centuries.

In the 20th century, one of the dominant tools that we started to use for interpreting the bible was historical-critical studies. Scholars began to realize how important it was to understand the context of the individual books of the Bible. Modern interpretation of Song of Solomon sees it as a collection of love poems, with two main characters speaking to one another. It’s not really a book of the Bible that explicitly talks about God, so this particular kind of contemporary interpretation wouldn’t necessarily try to talk about it as a religious text.

But that doesn’t answer my question either! If it’s not religious, or talking about God, why is it here?

So let’s keep going back another few centuries… all the way back to the medieval period.

Medieval interpretation of the Song of Solomon looks very different from how we typically interpret scripture today. One of the major modes of interpretation was allegory. Now, if you’re in middle school, you probably know what allegory is, but some of us who haven’t had an English class in a while might need a refresher. An allegory is an extended metaphor… basically using one story to tell another story. We see these all the time in Jesus’ parables in the New Testament.

Patristic and Medieval interpreters were obsessed with allegory, particularly when interpreting the Old Testament. Bernard of Clairvaux, a monk and scholar who wrote eighty-some sermons on just the first two chapters of the Song, interpreted this book as an allegory of the love between Christ and his bride, the Church. “Look, he comes, leaping over the mountains… gazing in at the windows, looking through the lattice… ‘arise my love… and come away’”. You can almost hear Christ saying “come, follow me”.

I don’t think I can overstate both how contentious this book of the Bible was, as well as how important it was for interpreters in the early and medieval church. Rabbis in the first century of the common era argued about whether it should be included in the canon… but advocates for the text won. In fact, another name for it is “song of songs”: the preeminent song, the most important song, the song to trump all songs. Rabbi Akiba once wrote that the “Song of Songs is the Holy of Holies”.

So what’s going on here, that both Christians and Jews have historically valued the allegory in the Song? What does it tell us about our faith and world today?

In order to read today’s passage, we must start at the beginning. The actual beginning—in Genesis, when God created the heavens and the earth. The earth was without form, and darkness covered the face of the deep. But God created and said let there be light, and leaf and land. God created animals and humans, and called this world, us, very good. We desired God and God desired us, and we cared for the world until it all went wrong. Theologians like Sarah Coakley sometimes talk about sin as perverted desire, where we can’t even want what is good and right and holy. In this good and holy garden, all went wrong, our own desires were alienated from our being as children of God.

The Fall, as you will hear it called, has defined our relationship with God ever since, and this is the pattern that we see in scripture. The whole of the biblical story might be summed up in this sentence from our Eucharistic Prayer C: “Again and again, you called us to return”. According to biblical scholar Ellen Davis, the Song of Songs is actually most biblical because it is a conversation with the rest of scripture, with this story of being called to return.

The lovers in the Song of Songs, in this reading, are in Eden 2.0. “For now the winter is past, the rain is over and gone. The flowers appear on the earth; the time of singing has come”. We again find ourselves in a garden where all is… well. If The Fall is desire gone wrong, then the Song is desire restored to its fullness and perfection. When banished from the garden, Eve is told “your desire shall be for your husband, and he shall rule over you”—so begins generations of inequality and injustice. But in the Song of Songs chapter 6, the woman says “I am my beloved’s, and his desire is for me”—a reversal of the punishment, and a return to mutual love and honor and yes, right desire.

The rest of our lessons today teach of the importance of obeying God’s law, not only with our lips, but in our hearts and minds and bodies. It’s not just logical obedience: obedience to God’s law looks like all-in, extravagant love and commitment… not something like a checklist, but something more like this picture of human life and love as it should be, given to us in the poetry of the Song of Songs. The Song teaches us that our commitment to God and justice in the world should pervade every part of our selves, even our most intimate relationships and deepest desires.

The voice of my beloved!

leaping upon the mountains,

bounding over the hills.

or a young stag.

Look, there he stands

gazing in at the windows,

looking through the lattice.

My beloved speaks and says to me:

for now the winter is past,

the rain is over and gone.

The flowers appear on the earth;

the time of singing has come,

and the voice of the turtledove

is heard in our land.

The fig tree puts forth its figs,

and the vines are in blossom;

they give forth fragrance.

Arise, my love, my fair one,

May we, even in the midst of fears and change, be rooted in God’s extravagant love, returning always, again and again, to the Holy One who is the beginning and end of all our desires.

London mini-trip! KCL chapel, Waterloo bridge, Wesley Chapel, The Lion the Witch and the Wardrobe on West End, and a motto to live by. 🌆❤️
New years holiday adventuring
I came down with a post-Christmas cold and this afternoon was the first one in a bit that I’d felt like leaving the house. Grateful for public footpaths and glistening woodlands and several weeks of holiday. 🍃
☔️🌧️
Love this moment captured by @owlourhearts before Sunday’s high mass. Yay for working with the best colleagues and friends!
Your favorite sleuthing duo reporting for duty. 👻🎃🕵️