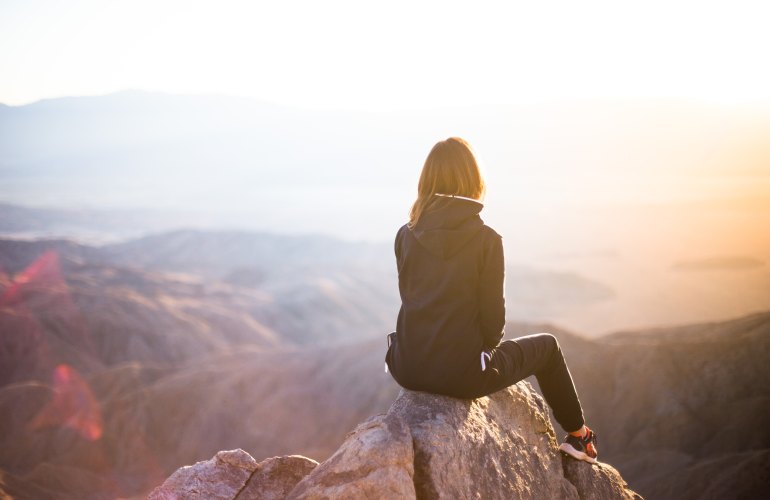 Then our mouth was filled with laughter, and our tongue with shouts of joy;

then it was said among the nations,

Restore our fortunes, O Lord, like the watercourses in the Negeb.

May those who sow in tears reap with shouts of joy.

Those who go out weeping, bearing the seed for sowing,

shall come home with shouts of joy, carrying their sheaves.

The people who wrote this psalm were a people in pain. The Israelites had endured captivity in Babylon for decades after being forcibly removed from Israel, the land that God had promised them, the promise that was supposed to endure forever. The Davidic line, the line of kings had run out, the kingdoms had divided, and now everything, every wish, every dream, every conception of their identity was taken away.

The people of God had reached the end of their rope. There were no more options left. Where was God, in this mess? Was there going to be death and judgement forever? Was there any way to come back after disobeying God so completely that the result was exile in Babylon?

This sentiment is captured in another Psalm, Ps. 137: “By the rivers of Babylon—there we sat down and there we wept, when we remembered Zion.” They told us “‘sing us one of the songs of Zion’… how can we sing the Lord’s song in a strange land?”

These are people with no hope, no idea of a future, no sense that things could ever be right again.

Then, as these things happen, a new political regime took over. The Babylonians were defeated by the Persians, and suddenly things changed. In a moment of political goodwill, the people of Israel were now allowed to go home, to return to Zion.

And we don’t know exactly when today’s psalm was written, but we know that it was probably during the exile or the time of return, when suddenly the people of Israel could begin to think about the possibility that the Lord might restore their fortunes like the waters of the Negev, that maybe one day, they could be like those who dream.

I love this psalm. And what I love about it is the vivid way that it captures this tension between what we hope things will be like, and what they’re actually like. It’s a prayer that says God, this is what we dream about, this is the future we see in our minds eye—please, make it happen.

But more than a simple hope, what matters about this psalm is how it engages with our ability to imagine something else. What matters here is that the people writing and singing this song are able to say to God—this, this is what we imagine our future to be. We imagine our mouths filled with laughter. We imagine being able to shout in joy. We imagine what it will be like when we have once again found your favor, and all the other nations can see it.

I don’t want to suggest that this is a situation where the key is to imagine it, then God will make it happen. God isn’t a genie-in-the-bottle. And as the people of Israel found out when they returned home, even the good things that happen to us aren’t always how we’d imagined they would be.

AND YET dreaming matters. The imagination matters.

What we see going on in the Psalm is a people who are finally able to dream of going home. A people who are able to imagine a future, and ask God for it.

Restore our fortunes O Lord, like the waters of the Negev.

In a lecture this week on Martin Luther King Jr., Dr. Judy Fentress-Williams said to a crowd of seminarians and visitors at VTS that “the only grace you can have is the grace that you can imagine”.

The only grace you can have is the grace that you can imagine.

Perhaps this imagining of grace is clearest in today’s gospel lesson, where Mary pulls out all the stops to welcome Jesus. She anoints his feet with perfume, and wipes them with her hair. Not only, as Judas points out, is this wasting money, but it’s also an incredibly intimate gesture. To wipe someone’s feet with your hair, as a woman, means that your hair has to be showing, in a culture where that is a taboo, where women must cover their heads. If you do that kind of thing to the wrong person, you’ll never hear the end of it and your reputation will go down the drain. To do this, Mary had to have imagined a world where she imagined Jesus saying yes. Saying, thank you, saying “leave her alone” saying “let her do this”. Without the imagination, without the hope that this gesture would be taken well, Mary would not have been able to do this.

The only grace you can have is the grace that you can imagine.

In a world where we want so much better for our children, for our friends and family, for our country, for our planet… or wherever you know that someday, things might be different… we need to be able to imagine what that could even be like.

Imagination is not passivity. When we imagine, we imagine a world that is better so that we can begin to really pray, to really see other people as Christ saw them. To see our imagination continuing what God began in creation, and what Christ saved on the cross.

So what would it be like if we took a leap and began to imagine more?

Where are you dreaming?

What are you imagining that could change the world to bring about God’s kingdom?

We are those who dream.

(Sermon recording, with some substantial variation from this text, will soon be found at St. Paul’s Episcopal Church, under Lent V, 2018, or may be found below.)

My face when church involves bunnies and alpacas!!! 😍
Sherlock has definite opinions about Von Balthasar.
Out of office, living my best Austen life in Bath.
Bartlemas chapel (13th c. leper hospital grounds, feat. the most amazing overgrown orchard and blackberry vines), Christ Church gardens, botanic gardens x2, and a memorial plaque to the influence of the Cowley Fathers in Cowley.
So grateful to be here again, finally, seeing so many dear friends and drinking so much tea. 💕
Sunlight glinting through a pine tree on a gloriously cool August morning