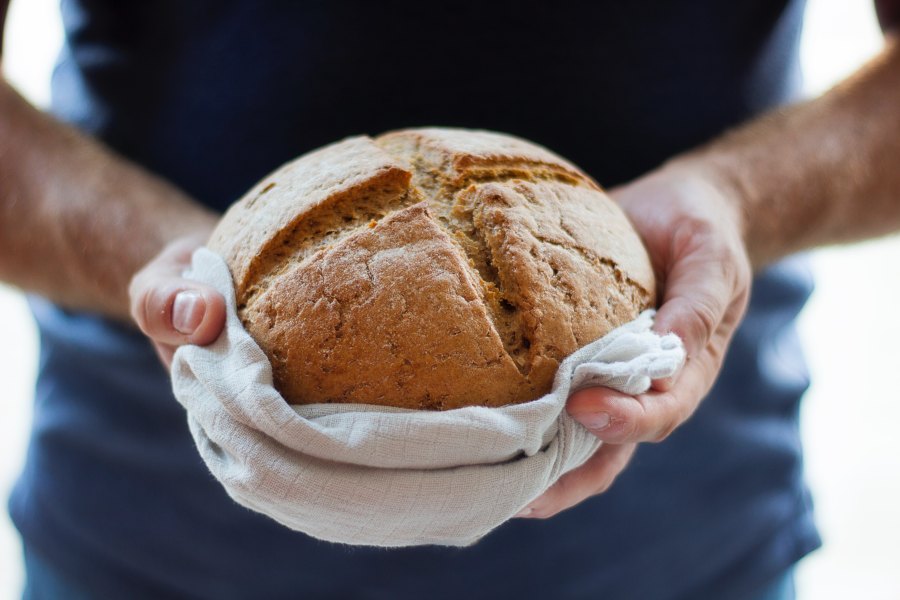 Two years ago, I folded my belongings into a couple of suitcases and flew to Boston. As part of a gap year between undergrad and seminary, I had signed up to work at a monastery. This monastery’s mission to provide a place of retreat for anyone who wants to come for a few days of reflection and quiet.

Within a few days of my being there,  I realized that most of the work I’d be doing had to do with chopping vegetables and making beds rather than praying at all hours of the day and night. (We prayed a lot too. But there were a lot of vegetables and beds in the mix.)

Another intern asked about this, and one of the monks said this, that “when someone comes on retreat, we find that often what they need most immediately is a good meal and good night’s sleep. You see what, we don’t realize is that we’re often more tired than we think we are. We’re often hungrier than we think we are.”

We’re hungrier than we think we are.

Food. Rest. Shelter. These are the most basic needs we have as human beings. If we don’t have food, or adequate sleep, then we can’t function. If you haven’t eaten in the past 24 hours, you’d probably find it hard to listen to this sermon, or recall what the readings were about. 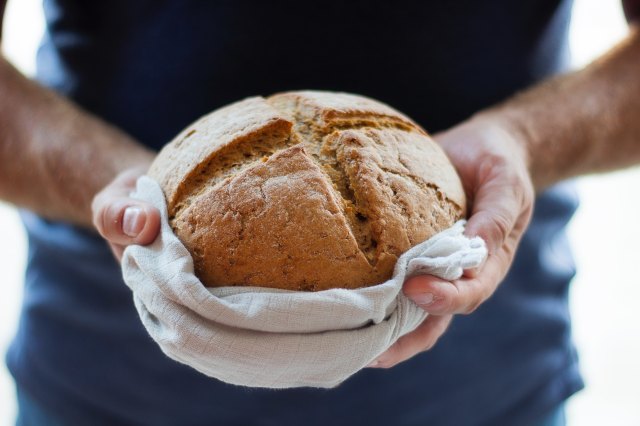 Jesus knows this too. In the Gospel reading today, the crowd following Jesus has had quite a journey. They’ve crossed the Sea of Galilee, and followed Jesus up a mountain. Imagine hiking a mountain just to hear a sermon? These people are so fascinated by Jesus that they’ve been traveling for hours just to hear what he says.

Perhaps they’re so excited about finally catching up to him that they are able to ignore the emptiness of their stomachs. The kids who cry are told to hush—“shhh, that’s Jesus. We need to listen to him”.

You see, I think that’s the pedestal we sometimes put Jesus, and even the whole Bible on. Jesus, the teacher of morals, who speaks the beatitudes on repeat at tells us to love our neighbor. The Bible, Holy Scripture, full of rules for how we need to live our lives as Christians. “Shhh, it’s time for Jesus”.

When the crowds draw near him, everyone saying to one another—“shhh, look, it’s Jesus!” Jesus says to Philip “hey, we got any bread? Know of any stores nearby?”. Imagine standing there in the front of the crowd, listening to Jesus ask where to buy bread for you. Suddenly, you feel all the adrenaline drain away, and you feel a dull ache in your belly. “Oh. I’m starving. I didn’t realize I was that hungry.”

As people who live in a first-world country, most of us don’t think about these basic needs very often. But I think in the process of focusing on other things, like work, school, relationships, and the digital world, we have a tendency to forget that our bodies need care and attention too. We’re not brains living outside of a body. As Jesus knew well, sometimes we need to take a step back and realize that we’re never going to be able to listen to his teachings, much less put them into practice, if we’re hungry.

We’re hungrier than we think we are.

I read an article this week that was arguing that the Episcopal Church had become too obsessed with what it called “social justice”, and had forgotten that the true message of the Gospel is the salvation of souls. And while I believe that Jesus Christ came into this world to save us from our sins, our gospel lesson todays shows us that it’s hard to tell the good news to people who don’t even know where their next meal is coming from.

Jesus fed and healed people as he preached the kingdom of heaven, and our call is to do the same. We can share that Christ has come only when we’ve also shown the love of Christ by feeding, clothing, and giving shelter to those who need it.

If you remember nothing else, remember this:

We’re all hungrier than we think we are.

Preached on 7/29/18 at Ware Episcopal Church

A good day for a winter hike 🌳
First week of the farm box. Allllll the winter greens. 😍
Cozy evening vibes ✨🫖📚 Candle from @frostbeardmpls.
This week’s reads 📚📚
Well, I didn’t post to the grid a lot in 2020, but I’m pleased to see that some of my favorite parts of the year (mostly travel in January 😅) made it into my #topnine2020
This year’s gingerbread greenhouse, inspired by @constellationinspiration. It was a blast, and also my kitchen may never be clean again.